Well, now that you all know that I am pregnant, lately my energy level has been down the drain, especially on the weekends since I know I can lay in bed without consequence. At first it was hard not having the energy to go out and do things because that’s what the weekends are for, but lately I’ve become a little toooo comfortable being lazy and Dylan finally told me “enough is enough! We have to go do something!” and honestly, he was right, we needed to (he was becoming very jittery hahaha!).  This past Saturday Dylan made plans for us and let me tell you, it was a full day!

It all started with a quick breakfast at McDonalds. We don’t like to eat there too often, but we were running a little late so we said it was fine (we both have our guilty pleasures there). While we were there, I played a joke on Dylan. You see, as good as Dylan is at a lot of things, he leaves the car keys everywhere! To be fair, I’ve been making him carry them because I haven’t been brining my purse where he usually puts them. So while we were eating, he puts the keys on the tray (as expected), so after eating he goes to throw everything away and then I said “did you throw away the keys?!” Dylan then starts panicking and digging through the trash frantically, but me, being the good wife that I am, grabbed them before he threw everything away. After a solid 30 seconds, I told them I had them. Small joke? Yes. Necessary? Of course! You have to keep the romance alive!

After breakfast, we had a much anticipated trip to the movies to watch the new “How to Train Your Dragon” movie. I absolutely loved it! The storyline was entertaining, emotional and was a great end to the series! It’s still new so I won’t spoil anything, however, I wish they made the ending a little bit longer with a little more detail. You’ll see what I mean when you see it! Overall it was a fantastic, emotional movie and one of the very few franchises that has made an amazing sequel that was just as good if not better than the first movie (and 2 at that)!

After the movies we went to a place called the Springs Preserve. If you are ever in or driving through Vegas you should go there! In short, it is like a nature observatory all about the wild life, nature, and his of Nevada and Las Vegas! We took the brand new camera that Dylan got me for Christmas so that I could get some practice using it. And for anyone wondering, it is the Alpha 5100. Dylan got me one that is really good, but still user friendly and not super advanced. I don’t plan to be a professional photographer, but it is a skill I want to learn!

It was actually pretty easy to learn the basice, you know, zoom in and out, focus, Dylan was telling me the rule of thirds (or something like that) and the pictures actually came out good (I love that it has the ability to do selfie pictures as well)! Essentially, Dylan started taking some great pictures and told me I needed to start using my camera. So I got some pictures of flowers, and a few of Dylan. I am so happy with my new camera and am excited for all the memories that we get to get such great pictures! I also plan to start recording video of recipes, how-to videos, DIY, and of course sewing! 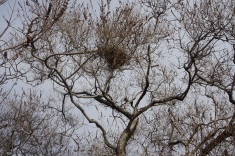 Let me know what you think of the pictures guys and any advice you may have with cameras and photography, I always want to learn!