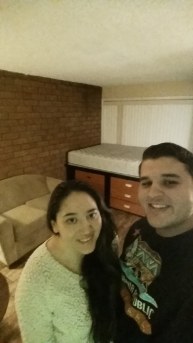 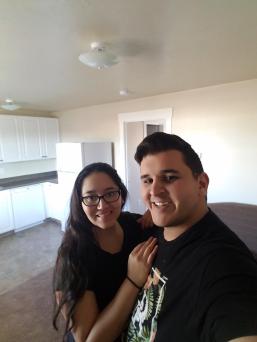 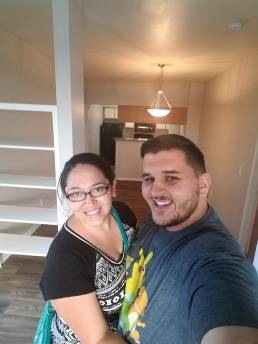 After living in our apartment for the last year we are deciding to move. We found somewhere that is $300 cheaper than where we currently live and is in a relatively decent area (primarily because our favorite Korean Barbeque place and in-n-out is right next to it). We are still right next to the strip, freeway, and stores so it is nice. However, I hate packing for a move. Thankfully we aren’t moving far and can do it gradually (we signed a contract while still in our other lease until September 1st) in multiple trips rather than have everything done in one go.

Dylan and I have moved so many times in the last few years that I have grown accustomed to it. Something fun we like to do is take pictures of our move-in day in all of the places we live. This is going to be number 4 once we move and settle in. Dylan and I originally moved to Vegas for fun and some time for ourselves before we start a family. We didn’t think we were going to stay here, but I just got the position I have been working towards at work and Dylan is currently in the process for a huge position and well, plans change. This move is giving us the opportunity to save up so we can get the house we want in the area we want so we can finally lay some roots down!

Having moved so many times, I have certain tips and tricks to help me have an easy transition from place to place:

As much as I hate moving, because of all the work and energy that has to go into it, I like it because I know it is a new adventure that is beginning. We won’t be in this new place for long so if you have any recommendations for our next move that might make it easier or more efficient I’m all ears!